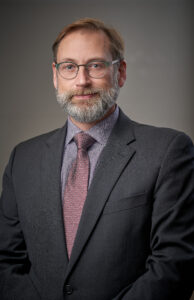 Tyson Shtykalo has been appointed Manitoba’s Auditor General. The all-party Standing Committee on Legislative Affairs of the Manitoba Legislative Assembly recommended the appointment, which was subsequently confirmed by the Lieutenant Governor in Council.

Shtykalo, CPA, CA has been with the Office since 2002, serving in progressively senior leadership positions. He was appointed Auditor General in August 2020, after serving as Deputy Auditor General since 2016.

“I am honoured to take on this role and appreciate the huge responsibility that comes with holding this position,” Shtykalo said. “I am also very excited about the opportunities ahead.”

Shtykalo has a Bachelor of Commerce (Honours) degree from the University of Manitoba, is a Chartered Professional Accountant, and serves on the Practice Inspection Committee for CPA Manitoba.