This report is the result of a request from the Minister of Finance to look at Manitoba’s Quarry Rehabilitation Program, which was suspended in 2018 after financial irregularities were discovered by the department. The audit request was made to the Auditor General in 2019 under Section 16 of The Auditor General Act.

The audit found the Quarry Rehabilitation Program did not have a sufficient risk management strategy in place, including guidance on identifying and prioritizing depleted sites to rehabilitate.

The audit also found weak controls over levy collection and royalty revenue, and many administrative deficiencies including not following best practices for tendering work.

In addition to this report, Deputy Auditor General Tyson Shtykalo issued a forensic findings document which contained confidential information that may be used for legal purposes and thereby did not publicly release it. 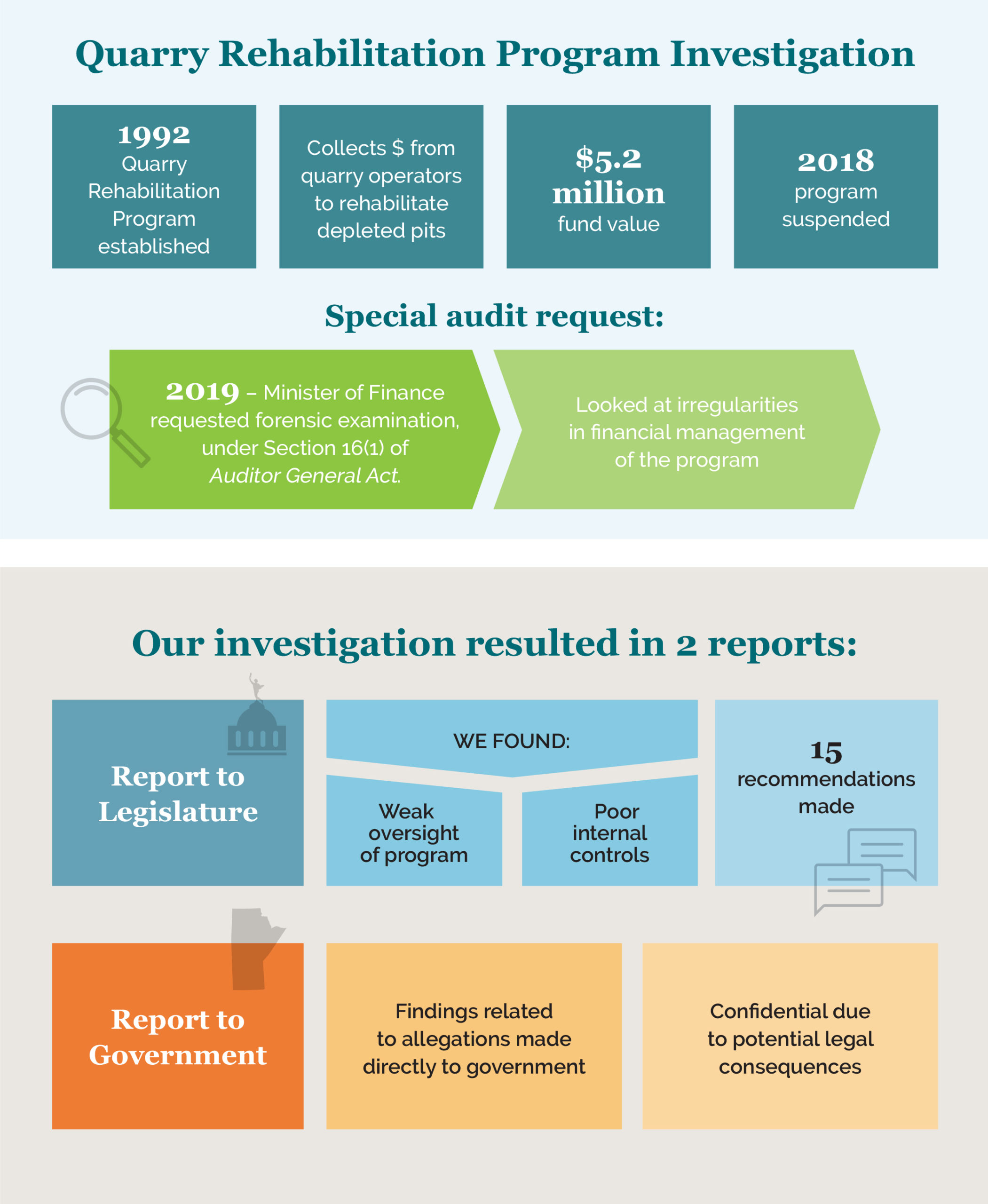 Business and Performance Measurement – Assessment of Timeliness of Implementation