The provincial government has announced the Winnipeg Metro Region is in the Critical level (red) on the #RestartMB Pandemic Response System. In response to the announcement, effective Monday November 2, 2020, our office will be closed to the public, and staff members will work remotely. You can reach us by email (contact@oag.mb.ca) or by phone (204.945.3790). Further updates will be posted as information becomes available. Thank you for your understanding and patience.

This audit found the Department of Conservation and Climate needs to do more to ensure the safety of drinking water in Manitoba.

This audit examined the adequacy of the Department of Conservation and Climate’s oversight of drinking water safety.

We also noted the number of licensed drinking water systems in Manitoba nearly doubled over five years, while the number of staff assigned to licensing and monitoring these systems decreased. As well, not enough had been done to bring non-compliant water systems into compliance with provincial regulations.

In addition, the Department did not have a clear, robust plan to address the many risks to drinking water safety. 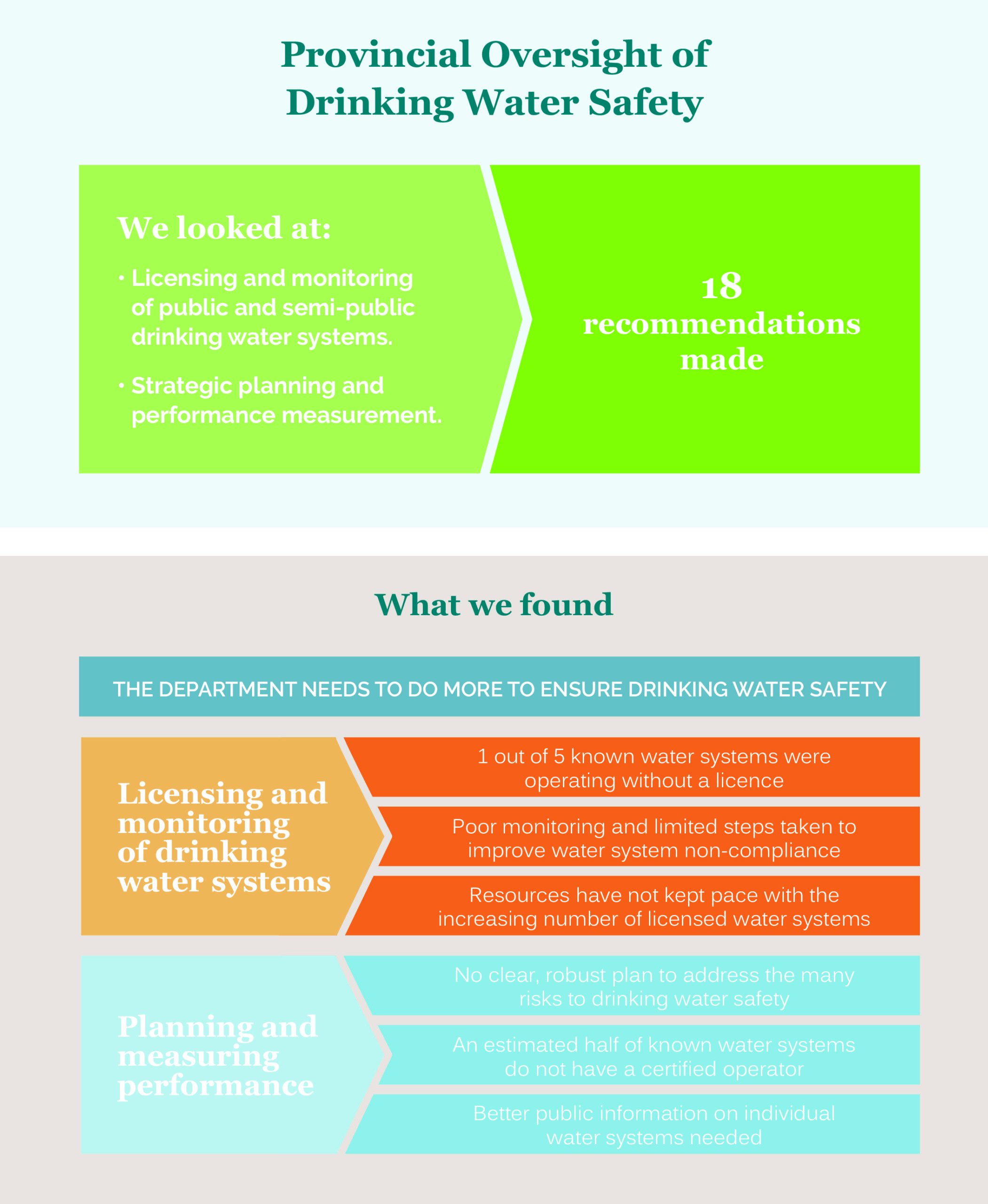 This report explains the issues that are the basis for the Auditor General’s qualified audit opinion of the March 31, 2018 summary financial statements of the province.