This audit found processes are in place for physicians to claim eligible expenses, and for the province to recover overbilling—but these systems are not used effectively.

This audit assessed whether Manitoba Health, Seniors and Active Living (the Department) had systems and procedures in place to ensure fees paid to and recovered from physicians are in accordance with applicable legislation, regulation and agreements.

We found there are processes in place for physicians to claim eligible expenses, and for the province to recover overbilling—but these systems are not used effectively.
During the 5 years examined (January 1, 2015 to May 31, 2020), the Department’s Audit and Investigations Unit identified overbillings of over $1 million, but only $10,822 (or about 1%) of these overpayments were collected. Instead of collecting overpayments, the Department focusses on physician education to reduce future overbillings, the report notes—though it’s not clear whether this approach works.

We also found the Department does not have a risk-based process to select physicians for audits. When physicians are audited by the Department’s Audit and Investigations Unit (AIU), they are selected randomly instead of on a higher risk-basis, which would provide for a more effective use of AIU staff resources. In the 5 years looked at, less than 4% of Manitoba’s 3,000-plus fee-for-service physicians were audited. This works out to less than 2 audits per month.

In addition, the audit found Department staff were not provided training on the fee-for-service process. 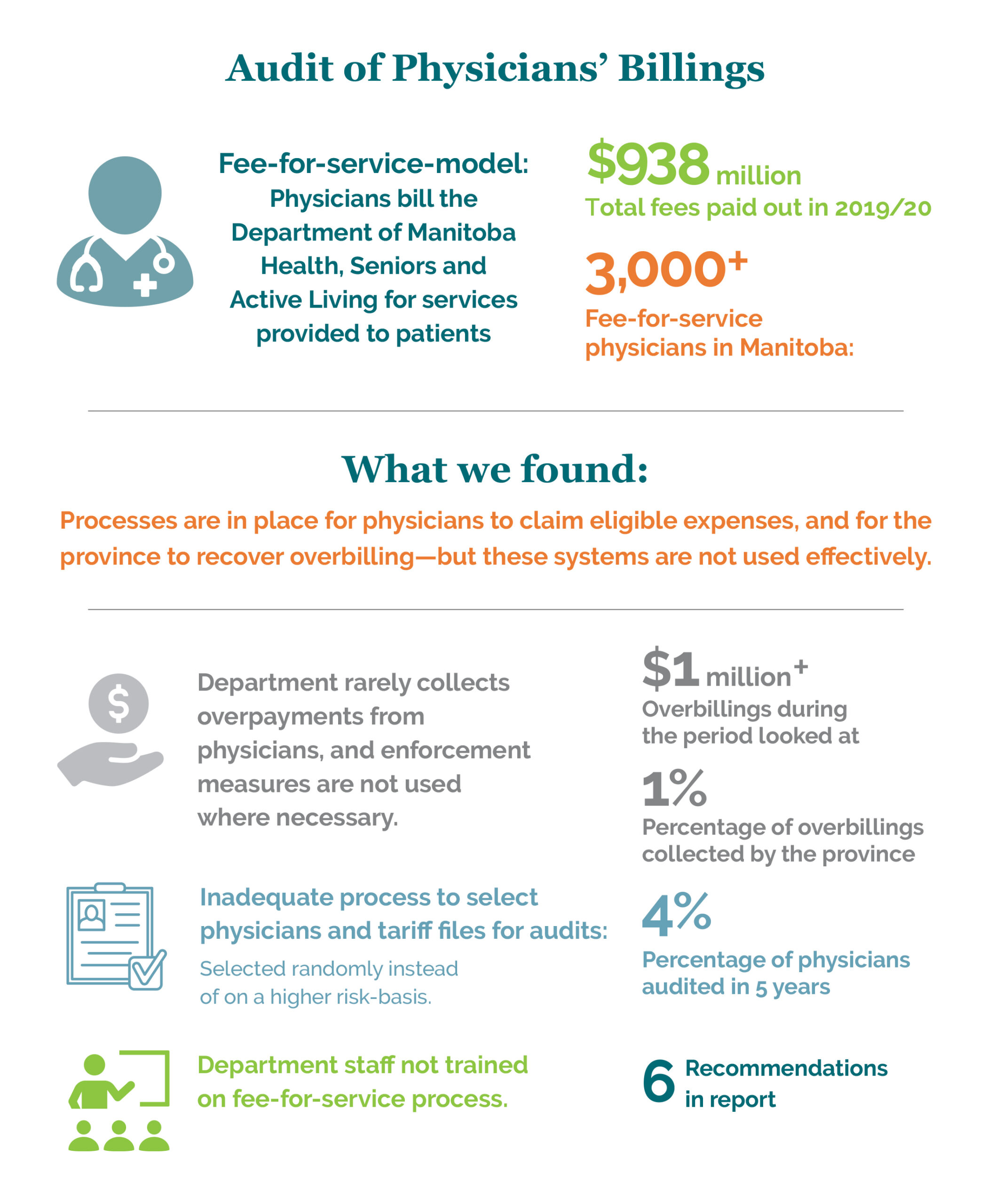 Annual Report to the Legislature – Chapter 1: Accounts and Financial Statements

Audit of the Public Accounts

A Review of the Policy Development Capacity Within Government Departments