Manitoba’s Implementation of The Path to Reconciliation Act

This audit found the Government of Manitoba has not fulfilled its commitments under The Path to Reconciliation Act.

This audit assessed whether the Government of Manitoba is fulfilling its commitments under The Path to Reconciliation Act (the Act).

The audit found the Government had not developed a strategy for reconciliation—which is required under the Act.

The report notes the former Minister responsible for reconciliation resigned in July 2021, saying her voice was not being heard. Prior to her resignation, she promoted initiatives to advance reconciliation and to recognize the contributions of Indigenous peoples to the founding of Manitoba.

This Auditor General made 5 recommendations for the Government to help make progress in meeting its commitments to advancing reconciliation.

The Government passed The Path to Reconciliation Act in 2016 with unanimous support in the Manitoba Legislature. 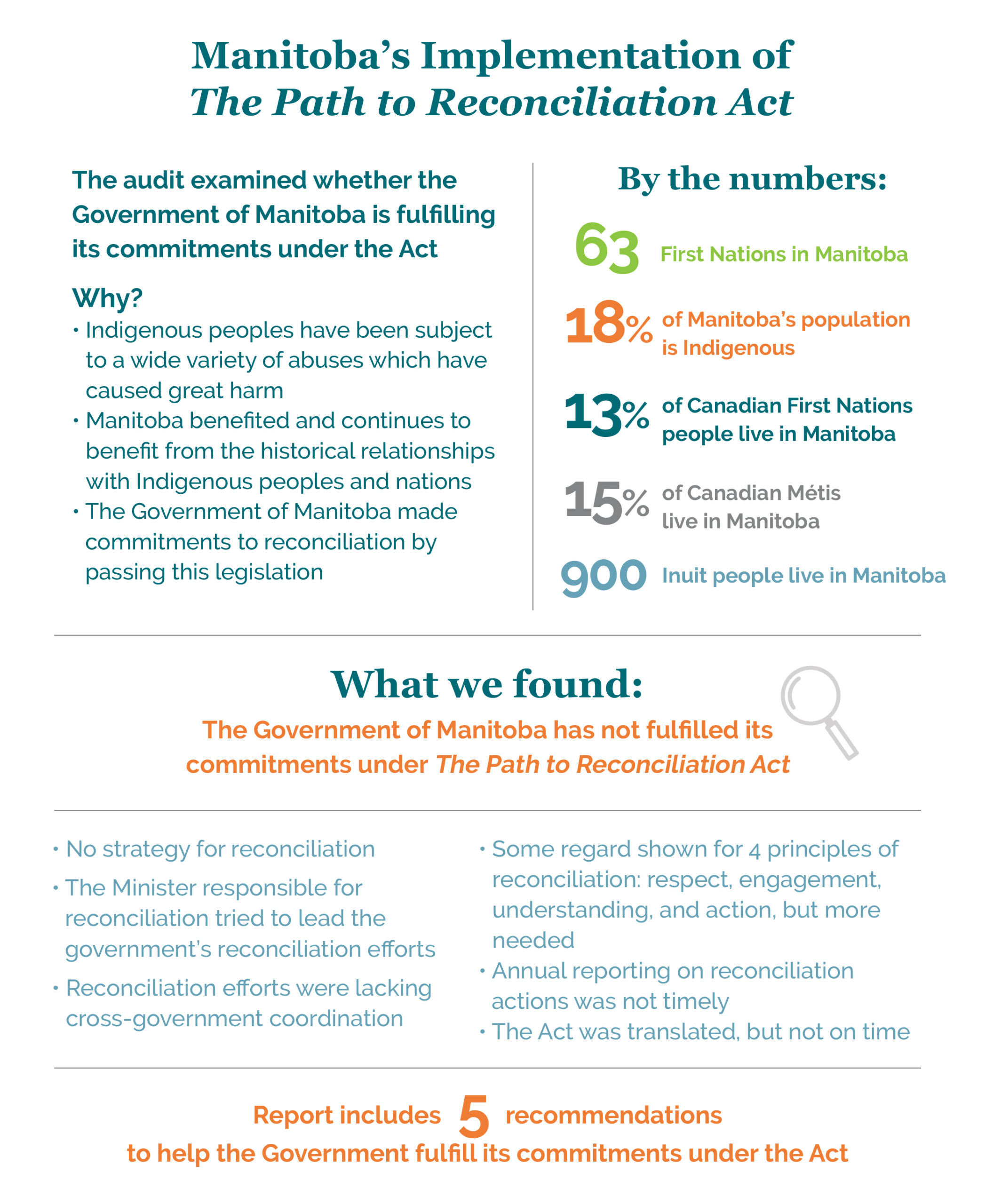 This audit found Manitoba’s Vital Statistics Agency needs to do more to manage the security, privacy and integrity of the vital events information it holds.

Audit of the Public Accounts for the year ended March 31, 2006

This report includes sections related to: Highlights of the 2005/06 Public Accounts Continuing focus toward the summary financial statements Summary of recommendations…