Due to the COVID-19 pandemic, our office at 330-500 Portage Avenue is currently closed to the public. You can reach us by email (contact@oag.mb.ca) or by phone (204.945.3790). Further updates will be posted as information becomes available. Thank you for your understanding and patience.

This forensic examination found some allegations of past financial irregularities at Main Street Project are substantiated.

This report is the result of a request from the Minister of Finance to look at alleged financial irregularities at the not-for-profit Main Street Project. The audit request was made to the Auditor General under Section 16 of The Auditor General Act.

The examination confirmed allegations that credit card use was not in compliance with policy, that there were inappropriate travel expense claims made, and that the former Executive Director filed claims with 2 funding agencies for the same costs. Other allegations were partially substantiated, or unsubstantiated.

Weak board oversight of the former Executive Director as well as weak administrative policies and practices created an environment where these incidents could occur.

The examination found the board of directors did not perform sufficient due diligence prior to hiring the Executive Director. In addition, the report notes some recommendations made in a 2013 internal audit by the Winnipeg Regional Health Authority had not been implemented. 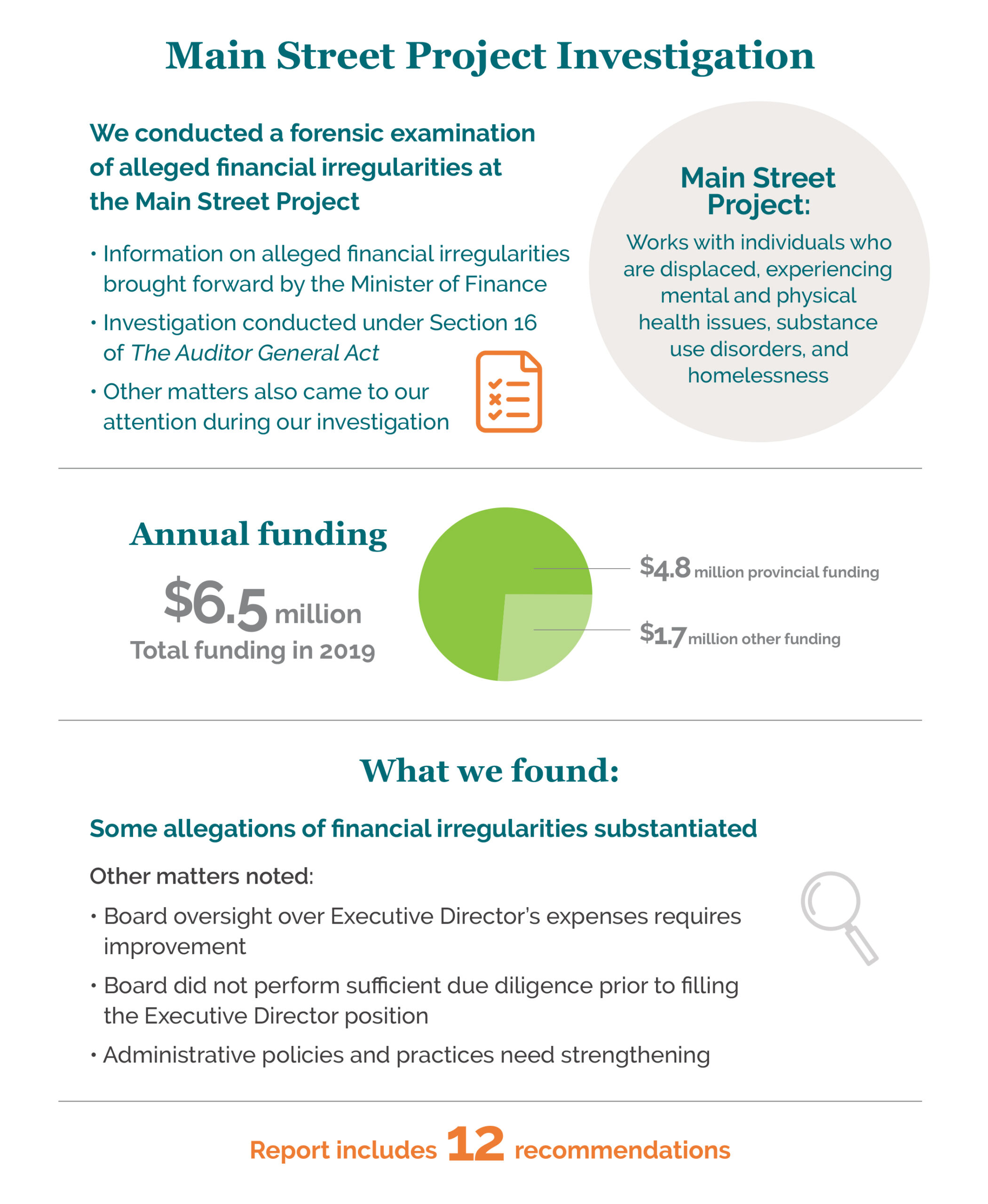 This audit found Manitoba’s Vital Statistics Agency needs to do more to manage the security, privacy and integrity of the vital events information it holds.

Annual Report to the Legislature – Chapter 1: Accounts and Financial Statements

Audit of the Public Accounts