This report gives the implementation status for 180 recommendations made between January 2016 and October 2018.

The Office of the Auditor General follows up on the status of its past recommendations for 3 consecutive years, beginning about 18 months after issuance.

The 66 third-year recommendations were included in four audits: 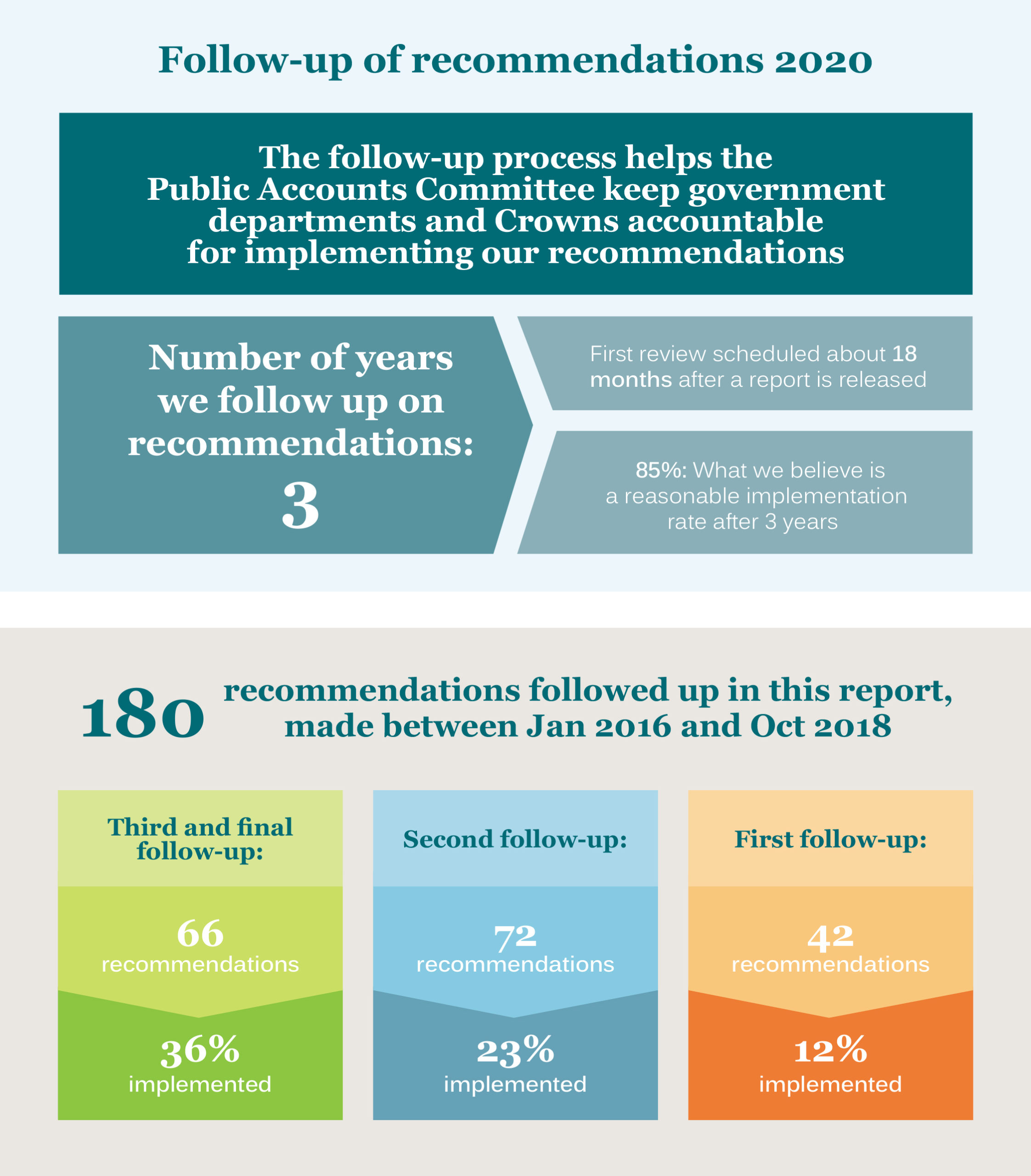