This audit found that the Department of Agriculture and Resource Development is working to prevent and prepare for animal disease emergencies, but significant work needs to be done.

This audit assessed whether the Department of Agriculture and Resource Development (the Department) is prepared for an animal disease emergency.

The audit found the Province has taken steps to prevent animal disease emergencies, but preparation efforts have been inadequate. More specifically, the Department identified animal diseases—both known and emerging—that are of higher risk for Manitoba, but it did not have any documented rationale for prioritizing these diseases. Response plans were also not in place for most of these diseases of interest. As a result, the Department had not determined what equipment, supplies, and personnel would be needed to respond to an emergency.

The audit also found Manitoba has a livestock traceability system in place to track the movement and location of animals, but improvements are needed. For example, some of the systems are not fully integrated with each other, which means staff must input information manually. This could result in delays in sharing critical information during an animal disease emergency.

In addition, the audit found that while legislation authorizing prevention activities exists, many needed regulations have not been developed.

The report notes the Department has given limited consideration to recovery from an animal disease emergency. Recovery efforts could be needed for the people involved with the animals including producers, veterinarians, and department staff, and could include financial assistance, mental health supports, and job retraining. 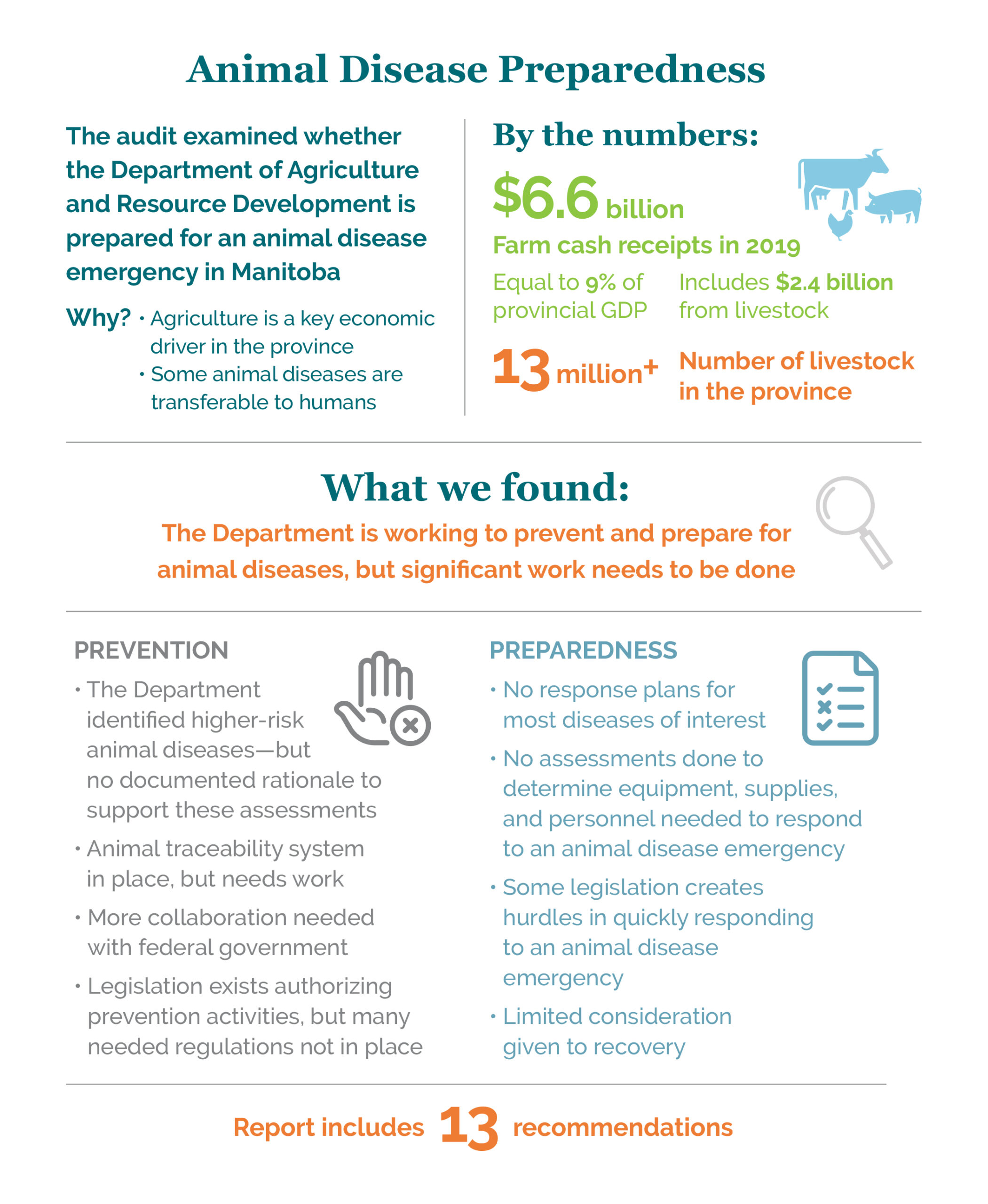 This report gives the implementation status for 114 recommendations made between April 2017 and October 2018.

Audit of the Province’s Management of Contaminated Sites and Landfills