More than 55 individuals work for the Auditor General in a variety of areas, including financial statement audits, project audits, and corporate services. Here is our organization structure. 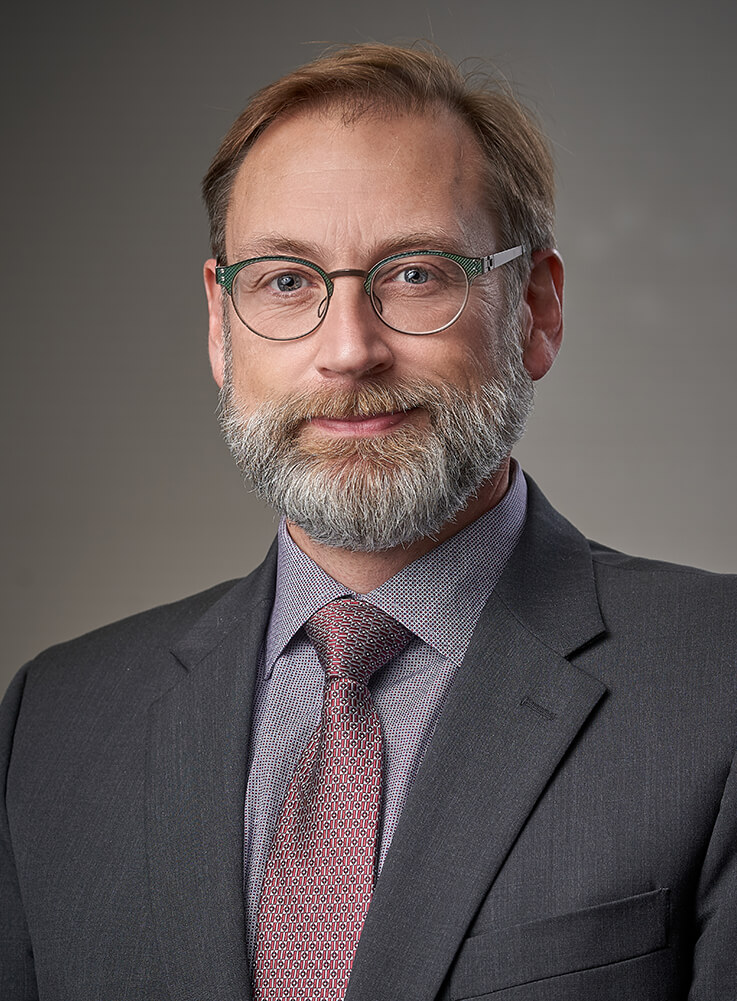 Tyson Shtykalo, CPA, CA has been with the Office since 2002, serving in progressively senior leadership positions. He was appointed Auditor General in August 2020, after serving as Deputy Auditor General since 2016. Tyson has a Bachelor of Commerce (Honours) degree from the University of Manitoba, is a Chartered Professional Accountant, and serves on the Practice Inspection Committee for CPA Manitoba.

The Executive Leadership Group develops overall long-term vision and strategies, determines priorities, and formulates broad policy for the Office. In addition to the Auditor General, the ELG members are:

Natalie Bessette-Asumadu, CPA, CA began her career at the Office of the Auditor General of Manitoba in 2008 after obtaining her B. Comm (Hons) at the University of Manitoba. She has spent much of her legislative audit career working on financial statement audits, including as the engagement leader on the audit of the Public Accounts of Manitoba. Natalie has also been involved in educating the next generations of CPAs with CPA Canada and the CPA Western School of Business since obtaining her designation in 2010.

Stacey Wowchuk started with the Office in June 2019. She has spent the majority of her career working in Performance Audit with the Office of the Auditor General of Canada in Ottawa. She has also held several positions in the federal public service at the now Department of Crown-Indigenous Relations and Northern Affairs Canada, as well as the Canada Border Services Agency. In addition to her public sector experience, Stacey worked for several years as a consultant with PricewaterhouseCoopers’ Ottawa office in their Advisory Services group. She is a Certified Internal Auditor (CIA) and holds a Master of Public Administration (MPA) from the University of Manitoba / University of Winnipeg as well as a Graduate Diploma in Program Evaluation from the University of Ottawa.

Jeff Gilbert has worked in the auditing field for over 20 years and was appointed Executive Director Investigation and Strategic Projects in September 2021. Jeff has a Masters of Professional Accounting degree from the University of Saskatchewan and is also a CPA. He further specialized by obtaining training and experience in forensic auditing. This included a Diploma in Investigative Forensic Accounting from the University of Toronto and a CFF Designation. Jeff has had numerous public speaking and teaching engagements, including for the CPA Western School of Business, various universities, and been a guest speaker at conferences and professional events.

Wade has been with the Office since February 2018 leading the IT Audit and IT Operations teams. Wade has spent the majority of his career assessing information technology risks and controls, in regards to cybersecurity, data privacy, computer operations, and systems maintenance, development and implementation. Previously, Wade performed assurance and consulting services at Great-West Life (now Canada Life), PwC and MNP. Wade has a Bachelor of Commerce degree from Dalhousie University, is a Chartered Professional Accountant (CPA), and Certified Information Systems Auditor (CISA).

Assistant Auditor General (Professional Practice and Quality Assurance)
Phil Torchia (CPA, CA) has been with the Office since 2002. During this time, he worked primarily on Financial Statement Audits for various public sector entities. Additionally, he has worked on several performance audits. In October 2019, Phil became an Assistant Auditor General and is responsible for the Office’s professional practices.

Director (Performance Audit)
Melissa Emslie (CPA, CA) has been with the Office since 2004. She initially worked primarily on Financial Statement Audits for various public sector entities. Since 2009 she has worked with the Performance Audit group. In June 2019, Melissa became the Director, Performance Audit and is responsible for providing leadership and direction to the performance audit team.